Meanwhile, support for the EU remains stable but citizens expect the EU to continue working on solutions to mitigate the effects of the crises.

In every EU Member State, more than seven in ten respondents are worried about the rising cost of living, with peak results in Greece (100%), Cyprus (99%), Italy and Portugal (both 98%). The rising prices, including for energy and food, are felt across all sociodemographic categories such as gender or age as well as all educational and socio-professional backgrounds. The second most mentioned worry with 82% is the threat of poverty and social exclusion, followed by climate change and the spread of the war in Ukraine to other countries equal in third place with 81%.

Citizens expect the EU to continue working on solutions to mitigate the compounding effects of the consecutive crises that have hit the continent. High support for the EU is based on the experience of past years but only a third of Europeans expressed satisfaction with measures taken by their national governments or the EU to tackle the rising cost of living.

The survey shows that the fallout from the polycrisis is being felt increasingly. Almost half of the EU population (46%) say that their standard of living has already been reduced due to the consequences of the COVID-19 pandemic, the consequences of Russia’s war on Ukraine and the cost of living crisis.

Responding to the findings of the survey, European Parliament President Roberta Metsola said, ‘People are understandably worried about the rising cost of living, as more and more families are struggling to make ends meet. Now is the time for us to deliver; to bring our bills under control, push back inflation and to make our economies grow. We must protect the most vulnerable in our societies.’

The multiple geopolitical crises of the past years continue to present citizens and policymakers with profound challenges. With inflation at its highest level in decades, citizens want the European Parliament to focus on the fight against poverty and social exclusion (37%). Public health remains relevant for many citizens (34%) – as does continued action against climate change (31%). Support to the economy and the creation of new jobs (31%) is also high on the list.

The European Parliament’s Autumn 2022 Eurobarometer was carried out by Kantar between 12 October and 7 November in all 27 EU Member States.

The WHO Director-General, Dr. Tedros Adhanom Ghebreyesus, has said the COVID-19 pandemic continues to constitute a public health emergency of international concern (PHEIC). Addressing an online meeting of the International Health 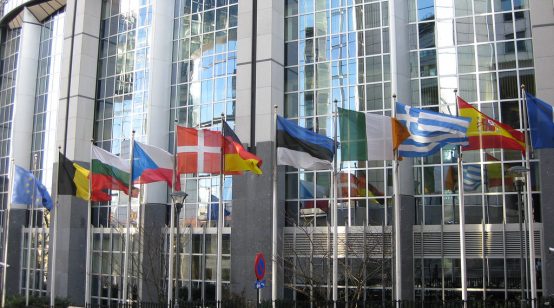