For the first time in months, a shipload of grain has left the port of Odesa. Ukraine is hoping for high revenues from reopening three ports as part of the grain agreement.

For the first time since the beginning of the Russian war of aggression against Ukraine, a ship with grain has left the port of Odesa. The Turkish Defense Ministry announced that the cargo ship “Razoni” loaded with corn had set off for Lebanon. Other ships are to follow. The cargo ship “Razoni” sails under the flag of the West African state of Sierra Leone.

“Today, Ukraine, together with its partners, is taking another step to prevent world hunger,” said Ukraine’s infrastructure minister Oleksandr Kubrakov. According to an international coordination group led by the United Nations, the ship has loaded more than 26,000 tons of corn.

“That’s a glimmer of hope,” said a spokesman for the German Foreign Ministry in Berlin, commenting on the first grain export from Ukraine by ship since the beginning of the war. This is to be welcomed, and now it is important that more ships can leave Ukrainian Black Sea ports. In addition, work must be done on alternative routes to resolving the grain traffic jam.

The United Nations was also pleased with the development, saying Secretary-General António Guterres hopes the ship will be just the first of many vessels transporting Ukrainian grain abroad. The deliveries would bring much-needed stability and relief to global food security, “especially where the humanitarian situation is particularly fragile.”

Food from Ukraine is urgently needed on the world market – especially in Asia and Africa. The United Nations recently warned of the worst famine in decades. The UN and Turkey had spoken of a sign of hope in times of war when they signed the agreement with Russia and Ukraine.

Image by Wikimedia (The Presidential Office of Ukraine)/Attribution 4.0 International (CC-BY-SA 4.0)

Chocolate lovers, rejoice! After a month and a half of closure, the world's largest chocolate factory, Barry Callebaut resumes operation after salmonella issues. The temporary shutdown resulted in ceasing supplies

Seaweed farming is popular in Asian waters and has become a lucrative business. Europe is trying its luck to have a share of the pie for exportation. Testing Seaweed Farming in 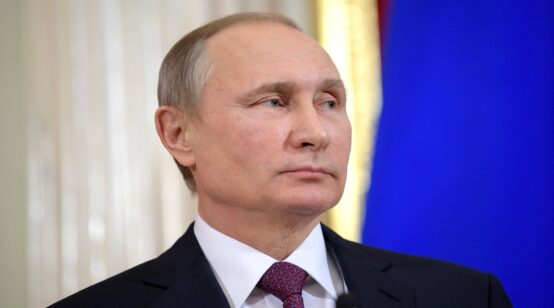