Jadar could have made Serbia billions of dollars richer if not for voiding Rio Tinto’s lithium exploration licences in January. Serbians might have made the right decision after finding out the real plans of the project.

The Jadar lithium project is Europe’s largest lithium mine, with a supposed $2.4 billion fund from Rio Tinto. The said lithium mine could produce 1 million electric vehicle (EV) batteries. However, locals of Jadar Valley opposed the project, not willing to sacrifice their land. They don’t want to replace their sweet and juicy raspberries and abundant bees with batteries for electric vehicles. Besides, the damages that mining will create are irreparable.

Rio Tinto found a new type of mineral called jadarite, containing borates and lithium. Jadarite was discovered in Jadar, hence the name of the mineral, in 2004. According to the giant mining company, these materials play a key role in the green transition. Lithium is important in manufacturing EV batteries. Borates, on the other hand, are useful in making wind and solar projects.

The supposed Serbia Jadar Lithium Project is one of the planet’s biggest greenfield lithium projects. Jadar’s high-grade nature and extensive deposit provide the possibility of a mine that can supply lithium for EVs for several decades. The abundance of boron and lithium deposits can make Serbia a key world producer.

If the project pursues, the initial mine’s commercial production is anticipated no earlier than 2027.  The yearly production would be 58,000 tonnes of lithium carbonate and 160,000 tonnes of boric acid (B2O3
units). The production of sodium sulphate1, on the other hand, will be 255,000 tonnes.

Gornje Nedeljice locals had peace of mind when the government decided to revoke Rio Tinto’s licence for mine jadarite. In fact, Serbian Prime Minister Ana Brnabic announced it herself.

However, not everyone is convinced, especially Marijana Petković, a local campaign group Ne Damo Jadar member. She said, “I want the western countries to have the green transition and to live like people in Jadar. But that doesn’t mean that we need to destroy our nature. We started to fight against the mine when they found out the company was lying to us for 14 years; when we found out how big the mine really is.”

There’s a prevailing scepticism about the cancellation of the Jadar lithium project. The government only nullified the project to end protests that could mess up the presidential and parliamentary elections (April 3). It could resume if there were reelection of the government.

“Once re-elected, we expect the SNS will maintain its pro-mining stance. The fact that the government has so far refused to consider a potential lithium mining ban in Serbia points in this direction. This gave environmental protests an anti-government element and proved to be a unifying force for the historically fragmented political opposition in Serbia,” said Capucine May, Verisk Maplecroft expert.

However, Rio Tinto repudiated that this wasn’t their intention. They said it was not their plan or didn’t fulfil any activities or actions to the project’s legal stature.

They say that what you don’t know won’t hurt you. But the truth will always find a way to reveal itself. Locals found out that Jadar Lithium Project won’t just take 20 hectares of land but 600 hectares! It’s almost the size of 10,000 tennis courts.

The head of the EU border protection agency Frontex, Leggeri, has vacated the post with immediate effect. He has been criticized for possible illegal pushbacks by people seeking protection in

Our reliance on fossil fuels bankrolls Putin’s illegal wars and could make our planet uninhabitable. Ukrainians are enduring another day of Vladimir Putin’s invasion of their independent, peaceful nation, and the 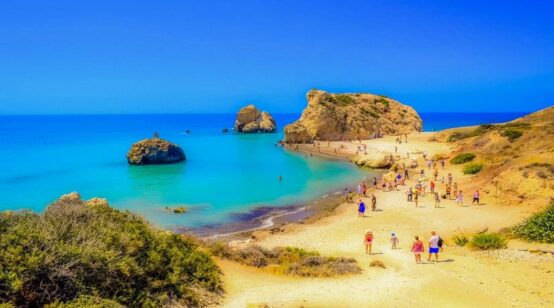 Despite War, Cyprus Hopeful to Bridge Gap in Russian Tourism

The world is still faced with the Coronavirus, which continues to mutate for unknown reasons and continues wreaking havoc worldwide. Most countries are beginning to revive their devastated economies after