It is often said that in unity lies strength. This is a message that however is yet to reach some corporate boardrooms of Europe’s top television broadcasters. One of them is that of German media company ProSiebenSat.1, which has placed itself over the course of several months on a collision course with Media for Europe (MFE), one of its main shareholders.

The latest announcement made last week about MFE requesting individual voting rights comes after several months of ProSiebenSat.1’s boardroom showing very few signs of good will towards its top investor. Last December, for instance, ProSieben decided not to give MFE advance knowledge about its proposed nominations for several seats on the company’s supervisory board. Among their picks were also highly exceptionable names such as Bert Habets, whose previous employer RTL Group refused to discharge for allegedly failing to get to the bottom of a case of fraud at Stylehaul, a company that RTL had a stake in.

Disappointingly, ProSieben’s apparent determination to play corporate politics comes at a time when unity among European broadcasters is desperately needed for them to survive the threat posed by the rapid growth of video streaming platforms. Aside from needing corporate governance to rise to the challenge, the crisis facing both private and public European networks requires a strong and unified approach to regulation aimed at levelling out the media landscape.

Struggling against big US streaming services

The European media market has been completely transformed since the abrupt emergence of Subscription Video on Demand (SVOD) services at the expense of traditional players. According to the latest report by the European Audio-Visual Observatory, nearly all the revenue growth experienced by the top 100 media companies was concentrated in ‘pure SVOD’ platforms such as Netflix, DAZN and Amazon. This trend, however, has been going on for a while, with the same firms accounting for 75% of the revenue growth in the market between 2016 and 2020.

Not only has market growth been concentrated among the big three US-based streaming giants, but Netflix, Walt Disney and Amazon Prime are also starting to decisively win out in the battle for greater audiences. The extent of the challenge facing traditional European networks is fully evidenced by the findings of research conducted by Magnite, which revealed that nearly three quarters of viewers in the United Kingdom, France, Germany, Italy and Spain prefer using streaming platforms than watching broadcast TV.

The intense competition brought on by streaming services comes as European broadcasters face a number of structural challenges. One of the main issues concerns governance. For public broadcasters, for instance, governance problems often arise when governments seek to exert undue influence by appointing politicised or divisive figures to a network’s governing body. Such appears to be the fate reserved, for example, to Ceska Televize, the Czech national broadcaster whose independence was recently called into question by the European Broadcasting Union.

Another set of issues concerns the funding model of traditional broadcasters. As market growth currently lies mostly in the US-based streaming services, private European networks – for instance – are struggling to adapt, compete and find new sources of revenue, making the prospect of having to offer free online streaming services with paid ads ever more likely. The problem of funding is compounded for public broadcasters by the political debate surrounding compulsory TV licences. Many European countries – such as Italy, Germany and the UK – are indeed currently debating the future of this funding model, with Emmanuel Macron already committing to do away with the fee as part of his bid for a second term as France’s president.

Levelling out the playing field

While the challenges faced by traditional European TV broadcasters mean that they must not only evolve – for instance, by establishing their own SVOD services – but must also stay united in order to remain relevant in today’s market. In contrast to ProSieben’s divisive attitude vis-à-vis its Italian partner, other major networks have pursued successful collaborative efforts. For instance, since the BBC and ITV joined forces to form Britbox in 2016, the small all-British streaming platform has managed to attract in 2020 over 1.5 million subscribers in the North America market alone.

As well as intensifying innovative and collaborative efforts between existing European networks, greater regulation can also play a role in ensuring that the media playing field remains a fair one. Government intervention may prove especially important when it comes to regulating the ownership of content. This is because the main streaming giants rely on obtaining exclusive distribution rights over big hit shows to incentivise subscribers to join their service. Without such an agreement, the same content can be sold to multiple competing streaming or broadcasting services across different regions.

After the latest review to the European Union’s (EU) Audiovisual Media Services Directive (AVMS) was published in 2018, however, many of the 27 member states started passing more stringent legislation concerning distribution rights and setting quotas for how much big foreign players must invest in European content production.

France is unquestionably leading the pack in this regard, having passed new regulations that require content rights to return to French producers after 36 months. And now other countries, such as Italy and Germany, seem set to follow suit. What these regulations mean for traditional European networks is that they can increasingly compete with the big streaming platforms over the distribution rights of big shows.

While it remains to be seen whether the EU will be willing to intervene to set a uniform approach to what is increasingly becoming a patchwork of national regulations, there is a path forward for European broadcasting. Alongside regulatory efforts, maintaining a spirit of innovation and unity can ensure that traditional European networks will still be able to hold their own in the media market for many years to come. 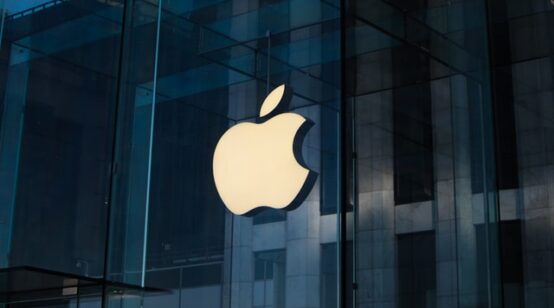