France seeks to pay nurses in intensive care units a monthly bonus of 100 euros from January. The bonus will be paid as early as January and contributes to the recognition of the harsh working conditions in the times of Corona.

Around 24,000 carers nationwide would benefit from the wage increase.

In the coming week, Health Minister Olivier Veran also seeks to present a comprehensive package of measures for the care industry. One of the goals is to counteract the shortage of staff.

In addition, the government decreed that corona self-tests may also be temporarily sold outside of pharmacies, which was previously not possible.

In France, the number of daily new corona infections exceeded the threshold of 100,000 for the first time on Saturday. The country is already experiencing the fifth corona wave, and the much more contagious omicron variant is spreading as in many European countries.

On Monday evening, after a government crisis meeting, Prime Minister Castex spoke of a “race against time” and announced new restrictions. According to the cabinet decisions, companies should be instructed to send their employees to the home office at least three days a week from January 3, if possible. Where possible, it should be at least four days.

The government also decided to introduce new restrictions on gastronomy: from January 3, guests may only be served at tables in bars and cafes. The customers are no longer allowed to consume their drinks and food while standing. According to Castex, the measures should initially apply for three weeks.

As a further measure, upper limits are being reintroduced for sporting events and concerts in France: In future, 5,000 spectators will be permitted outside, while the limit is 2,000 guests indoors.

The government also initiated the previously announced conversion of the health passport into a vaccination passport. If parliament approves the draft law, unvaccinated people will be excluded from public life in the future.

The sea rescuers of the "Sea-Watch 3" with 440 people on board had to wait for a week to be assigned a safe harbour. Now they are allowed to enter

In France, the number of new corona infections has increased significantly for days. While more than 100,000 new cases were reported for the first time on Christmas Day, the authorities 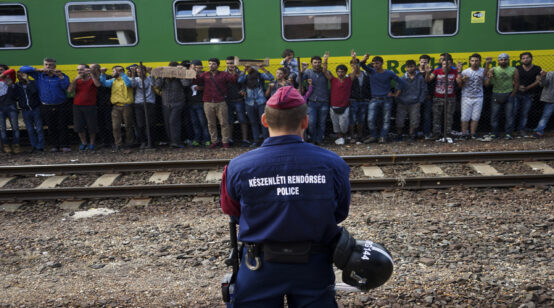 After fewer asylum seekers arrived in Europe in 2020 due to the corona pandemic, the number of initial applications rose again in 2021. A particularly large number of people seeks