With the death toll reaching almost 200 casualties after weeks of conflict and tension between Israelis and Palestinians, the EU is now preparing to conduct meetings on Tuesday to find a way to intervene in the fighting.

“In view of the ongoing escalation between Israel and Palestine and the unacceptable number of civilian casualties, I am convening an extraordinary VTC of the EU Foreign Ministers on Tuesday,” wrote EU’s foreign policy chief Joseph Borrell on Sunday.

“We will coordinate and discuss how the EU can best contribute to end the current violence,” said Borrell.

EU Commission president Ursula Von der Leyen also proclaimed her support of Borrell’s efforts, writing on Twitter that she is very concerned about the situation.

“I condemn indiscriminate attacks by Hamas on Israel, civilians on all sides must be protected.
Violence must end now,” wrote Von der Leyen.

Hundreds of rockets have been fired into Israel by Hamas, the Palestinian militant group that has controls over the Gaza Strip. This led to Israel’s defense forces responding by striking Gaza which resulted in 188 Gazan deaths. Rocket firing began after protests against evictions of Palestinian families in East Jerusalem earlier this month reached a boiling point in aggressive action taken by Israeli military.

On Saturday, the EU released a statement maintaining their stance on the issue and their recommendations on how to find a swift and effective solution that will prevent further escalation of violence in the Middle Eastern country.

“In all his contacts, High Representative Borrell condemned Hamas’ and other groups’ indiscriminate firing of rockets against civilian targets in Israel,” read the statement. “The High Representative stressed that while Israel has the right to protect its population from these kinds of attacks, it must act proportionately and avoid civilian casualties.”

In addition to conducting a round of discussions with EU foreign ministers this week, Borrell has also held talks with Palestinian President Mahmoud Abbas and Israeli Foreign Minister Gabi Ashkenazi. Furthermore, correspondence is currently being conducted between EU and foreign ministers of other countries in the region such as Egypt, Turkey and Jordan.

Sven Koopmans, the EU’s Special Representative for the Middle East Peace Process, is also actively working with other envoys sent by the Middle East Quartet, which comprises of EU, UN, United States and Russia in finding a solution for the Israeli-Palestinian conflict. The EU Delegation in Tel Aviv and the EU Representation in Jerusalem is also working closely with both Israeli and Palestinian authorities.

“Both Israelis and Palestinians alike have the right to live in safety and security, freedom and democracy. These constant cycles of violence must be brought to an end,” stated the EU.

Nine members of the EU have already recognized Palestine’s sovereignty, and has been the largest donor for many years towards the Palestinian Authority. They have continually voiced their support of the two-state solution, not recognizing any changes to post-1967 Israel borders unless agreed by both sides.

“The main flaw in the EU’s position toward the conflict is that the continued passive support for a two-state solution—while acquiescing to Israeli actions—has helped kill that solution. Yet it remains the EU’s preferred outcome to the conflict,” said former Jordanian foreign minister Marwan Muasher, who serves as vice president for studies at Carnegie Endowment for International Peace.

Image attribution: “Israel 2009” by commensaFamily is licensed under CC BY-SA 2.0

Relations with China and Russia, the withdrawal from Afghanistan and a new strategic direction: various issues for the one-day NATO summit. US President Biden assured that the US was firmly 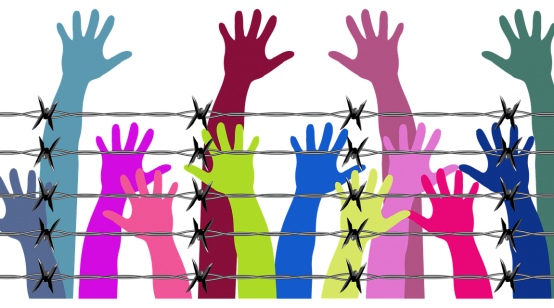 Alexander Lukashenko’s latest gambit was too outrageous for European policymakers to ignore. The EU rushed to react after the Belarusian dictator scrambled fighter jets to intercept a Ryanair flight between 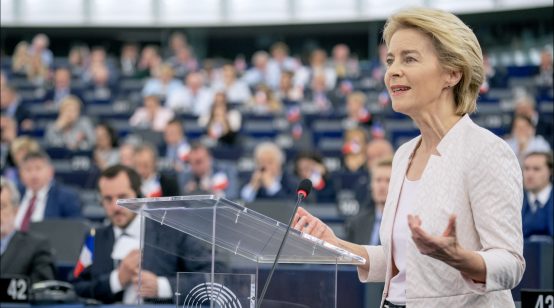 Despite apparent supply issues in recent months, the European Union (EU) has approved the export of 100 million Corona vaccine doses to Japan. The export permits were "a strong sign" that