France Finds Itself in an Increasingly Dire COVID Situation

Despite already strict restrictions, the corona situation in France is becoming more and more severe. The number of infections continues to rise. Almost 42,000 new infections were reported on Friday alone, while the total seven-day incidence was over 300.

France is changing the regulations accordingly quickly. Only on Thursday, stricter rules were imposed in several regional areas. Meanwhile, more than 20 million French people already faced more stringent rules since last Saturday. In Paris, for example, most shops remain closed. Also, residents are only allowed to move within a ten-kilometre radius of their home.

France’s Health Minister Olivier Véran explains the regionally different lockdown situation with the fact that the virus spreads differently in the areas. For example, the Finistère department in Brittany is ten times less affected than the city of Saint-Denis in the greater Paris area.

The French government is also sticking to its strategy of leaving schools open, albeit with strict hygiene rules. Around 150,000 tests are also conducted in schools every week.

However, as the numbers increase, there is increasing pressure on the government to close schools. Health Minister Véran stressed that schools would be kept open to the younger generation. The government will only close the schools “if we have no other option”.

Out of options are increasingly France’s intensive care units, which find themselves at the limit. More than 4,700 people are currently being ventilated. The situation in the hospitals will also determine how things will continue in the coming days, President Macron emphasised:

“We will have to take new measures in the next few weeks and days. I still want to provide you with some perspective, some hope. Because of the vaccinations, we can achieve our goals of getting out of the pandemic. ”

The main hope Macron refers to is based on being able to turn the tide in France’s vaccination campaign. In general practices, vaccination centres and, more recently, in pharmacies, vaccinations are used. Almost seven million French people have received their first dose, and so-called “vaccinodromes” are set to be created in football stadiums across France from April.

It was a slightly more upbeat Irish Prime Minister who addressed the nation this evening to announce the latest updates on Covid restrictions. The country has been in a strict

More than five million Muslims live in Germany - almost one million more than five years ago. Origin and religiosity have become significantly more diverse, as a study shows. The number 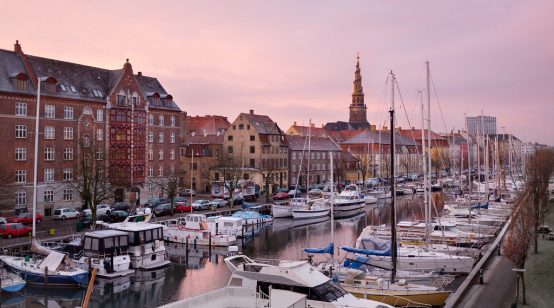 After months of lockdown, Denmark has slowly begun to relax its restrictions, beginning after Easter where students were gradually allowed to return to school in a hybrid format.