The European Medicines Agency has approved two new manufacturing sites, while transportation of the BioNTech vaccine has been simplified.

Vaccine doses have already been pre-produced at both locations, but these could not be delivered without EMA approval. Now nothing stands in the way of a short-term delivery – this could, above all, alleviate bottlenecks in the supply of the AstraZeneca vaccine.

After the EMA decision, BioNTech announced that the first vaccines produced in the Marburg plant would be transported to Belgium for filling and labelling within the next few days. After that, final quality tests are scheduled. The delivery to the vaccination centres is targeted for the second half of April.

It is unknown how large the pre-produced stocks in Marburg and Leiden are and whether – in the case of the AstraZeneca vaccine – they are intended for the EU or not for Great Britain. In the latter case, the EU could prohibit export.

EU Health Commissioner Stella Kyriakides welcomed the EMA approval and hoped that at least part of the backlogs from AstraZeneca could be made up, as some EU states are severely affected by the British-Swedish manufacturer’s “disappointing delivery cuts” Commissioner.

AstraZeneca had repeatedly cut its pledges, most recently promising 30 million vaccine doses by March 30 – but only 17 million have been delivered so far. So far, only one plant in Belgium has been officially approved for the production of AstraZeneca in the EU. The vaccine is also made in the US and the UK.

In addition to the new production facilities’ approval, the EMA made the conditions for the transport and storage of the vaccine from BioNTech and Pfizer much easier. The vaccine could also be stored in standard refrigeration for drugs for a short time, said the drug authority.

The BioNTech / Pfizer vaccine previously had to be stored in special freezers at temperatures down to minus 90 degrees. Therefore vaccination was only possible in large centres. The EMA now allows the ampoules to be transported and stored at temperatures of minus 25 to minus 15 degrees for up to two weeks. Standard refrigeration for drugs is sufficient for this.

French President Macron has announced that regional lockdown measures will be extended to the entire country for at least one month. Otherwise, France would "lose control," he said in a

Germany will administer the AstraZeneca vaccine only for people aged 60 and over. The Standing Committee on Vaccination had previously made a corresponding recommendation. According to a decision by the federal 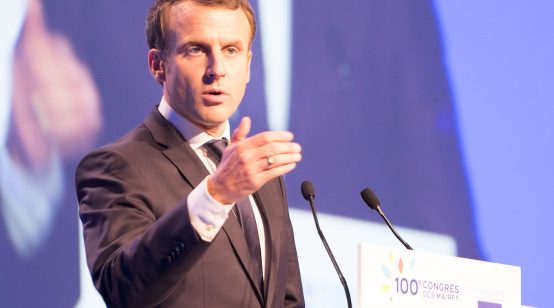 France Finds Itself in an Increasingly Dire COVID Situation

Despite already strict restrictions, the corona situation in France is becoming more and more severe. The number of infections continues to rise. Almost 42,000 new infections were reported on Friday