The UK has become the first country globally to approve the COVID-19 vaccine from Oxford University and pharmaceutical company AstraZeneca. The product is said to offer several advantages over the BioNTech and Pfizer vaccine. However, it comes with a tradeoff.

The British regulatory authority for pharmaceuticals has approved the domestic vaccine, the Ministry of Health announced on Wednesday. In studies, it showed to be less effective than the already approved vaccine from BioNTech and Pfizer. However, unlike the latter, it can be stored at refrigerator temperatures and is significantly cheaper.

The manufacturers have hence expressed the hope that it could become a “vaccine for the world.”

In Great Britain, the first vaccinations with the new vaccine are supposed to start on January 4, as Health Secretary Matt Hancock announced. It was “brilliant to end 2020 with such a moment of hope,” Hancock commented.

AstraZeneca chair Pascal Soriot described the day as important for “millions of people in the UK who will have access to this new vaccine”. It was effective, tolerable, and easy to administer. Besides, AstraZeneca would supply it without profit.

According to the first study data, the vaccine should offer an average of 70 percent protection against the virus. According to the manufacturer, the effectiveness could conceivably be significantly higher with a particular dosage.

At times there were doubts about the study design and the high effectiveness of the vaccine. The Swedish-British group had, therefore, carried out additional investigations. Unlike the vaccines from the Mainz company BioNTech and the pharmaceutical company Pfizer as well as the US company Moderna, the British-Swedish preparation does not belong to the mRNA vaccines.

The active ingredient AZD1222 used by AstraZeneca is based on the weakened version of a cold virus from chimpanzees. It contains genetic material from a surface protein with which the Sars-CoV-2 pathogen docks onto human cells.

The vaccine works in two ways: It is supposed to promote the formation of specific antibodies as well as T cells – both are important for the immune system.

The UK has been a pioneer in coronavirus vaccination. As the first country in Western Europe, the government granted emergency approval for the BioNTech vaccine in early December.

So far, the British government relies primarily on the AstraZeneca vaccine and has already ordered 100 million doses of it in advance. It is desperately needed, as the UK remains the European country with the highest death toll and a mortality rate four times as high as in Germany.

A Covid Healthpass is key for a Return to Normality

After more than a year with Covid-19, much hope rests on the final assessments of the Pfizer and BioNTech vaccines by the European Medicines Agency (EMA), which are on

The UK and the EU continue to argue about future fishing quotas in UK waters. Brussels has made an offer - but the talks have stalled. Irish Foreign Minister Simon Coveney 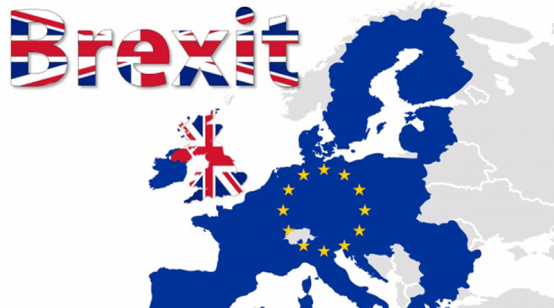