The United Kingdom was expected to allow the reopening of gyms and non-essential shops in England when it ends on December 2, according to reports.

However, UK Prime Minister Boris Johnson said that while such businesses could reopen, the three-tier system will be re-imposed until the end of March but tweaked will be tweaked and reviewed every 14 days.

For example, pubs in tier three will remain shut except for takeaway while last orders will remain until 10 p.m. Customers will have another extra hour to drink up.

Meanwhile, only those serving meals can open under tier two.

Personal care, leisure companies, and outdoor sports venues will be allowed to reopen until midnight but the rule of six will return for people meeting outdoor.

“People will be able to leave their home for any purpose,” Johnson was quoted as saying in a report by BBC.

Regions will not find out which tier they belong to until Thursday but the imposition will be dependent on a number of factors including the area’s case numbers, the reproduction rate, and the current and projected pressure locally on the National Health Service.

Johnson told a news briefing in Downing Street that he hoped the majority of vulnerable people can be vaccinated by Easter.

Tory Covid Recovery Group chairman Mark Harper said that members of the parliament (MP) were yet to be convinced that the new measures will save more lives than the cost.

In fact, some 70 MPs wrote to Johnson requesting a reassessment of the new restrictions on non-COVID health conditions and livelihood.

Johnson was quoted as saying that the virus was coming under control, except “that the hard truth is that we are not there yet.”

He said that an escape route was in sight, referring to the vaccine.

“This is not a pandemic without end,” he added.

For Brussels, a confluence of crises in Ukraine 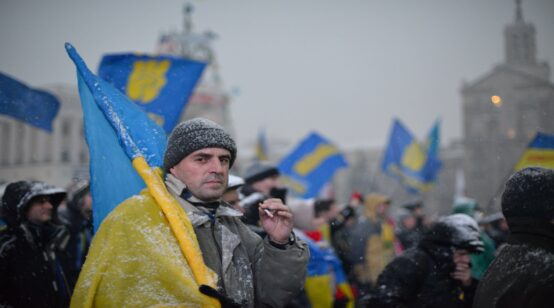 For Brussels, a confluence of crises in Ukraine

All eyes are on Ukraine this week as the threat of yet another Russian invasion looms. More than 100,000 Russian troops have gathered near the Ukrainian border, with more