Stigma in mental health: the ultimate barrier to get help for 1 in 6 Europeans

Instead of contributing to misrepresentations which may cause huge offence and distress, media can play a pivotal role in helping end mental health stigma. Journalists could provide more background information, avoid stereotyping and talk to the person in question, rather than about the person.

Alviina Alametsä from the Greens/EFA is a member of the Coalition for Mental Health and Wellbeing in the European Parliament. In 2007, at the age of 15, she survived a mass shooting at her school in Jokela, some 50km north of Helsinki in Finland that killed nine people. In the aftermath, she grappled with the loss of friends as well as suicides of students in the wake of the shooting. Stigmatisation around mental health issues made it difficult for Alametsä to get professional help.

“There were a lot of barriers. Especially, of course, in your own mind, when you’re thinking “I have to survive.” There’s also a euphoric feeling related to being a survivor. That’s what might also be harmful to you because then you feel like you should be able to survive the aftermath too. That you are strong enough; you should be strong enough, and the worst is already over. But the truth is that the worst is not over at that point. The whole process of this entire school grieving and the stigma around the mental illnesses come afterwards. It’s really easy to hold onto that thought “Now I have to survive and have to do it on my own.” Especially as a teenager, you don’t want to show your vulnerability too much. That was a big stigma around it also after the whole event. If there had been a therapy guarantee in Finland at that point when I was really young, I think that I would have been in a lot better place, a lot sooner. I think that could actually save lives.”

A lot has changed since then. Last year a citizen’s initiative for a therapy guarantee was submitted by a coalition of 24 mental health groups led by Alametsä. It garnered the support of 50,000 citizens. The health minister promised to implement the guarantee for youth in schools, by granting them 5 to 10 sessions of psychotherapy or other effective therapy, and to grant funding for municipalities to improve mental healthcare services. The Finnish government discussed the initiative; it did not pass as such but gained support from all political parties and put in motion many changes.

DISCLAIMER: THE VIEWS AND OPINIONS EXPRESSED IN THIS ARTICLE ARE THOSE OF THE AUTHOR AND DO NOT REPRESENT THE VIEWS OF THE PLATFORM.

During a time in which Hong Kong’s high degree of autonomy is at stake, as a proud Hongkonger, I am delighted to see the gradual response from the international community.

*** An interview with Professor Dlawer Ala’Aldeen, the founding president of the Middle East Research Institute (MERI), an academic policy research institute and think tank based in 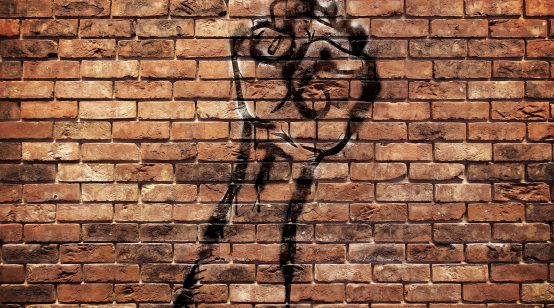 The Power of Political Imagination

The toppling of slave trader Edward Colston’s statue in Bristol brought with it images of suffering being dismantled into the river. Part of history was reduced to bubbles by anti-racism