German President Frank-Walter Steinmeier described the incident as an “unbearable attack on the heart of our democracy” carried out by a “right-wing extremist rabble”.

Several hundred people, many of them seemingly far-right protesters, attempted to invade the Reichstag, the German Parliament, in Berlin on Saturday night during a rally against government impose restrictions against the spread of the coronavirus.

Some 38,000 are estimated to have gathered in the German capital on Saturday, including not just people of seeming far-right and even neo-Nazi persuasion but also “anti-vaxxers” and supporters of the far-right conspiracy theory QAnon.

Many of the far-right protesters carried flags of the German Empire and the Kingdom of Prussia, which have become symbols of the Reichsbuerger movement denying the legitimacy of the modern German state.

At the same time, at least some protesters opposing the anti-coronavirus measures of the government could be seen carrying a Swedish flag, a seeming reference to Sweden’s less restrictive model of tackling the pandemic.

The attempt to storm the historic and highly symbolic building of the Reichstag came after the police shut down the demonstration, and ended with several hundred arrests, DW reported.

The police began to break up the gathering after two hours because the violation of social distancing rules, precisely one of the measures the rally protested against.

The German authorities arrested around 300 people, according to the Interior Minister of the state of Berlin, Andreas Geisel.

Around 200 of those were detained in front of the Russian embassy, where a crowd of some 3,000 Reichsbuerger supporters and far-right extremists threw stones and and bottles at the riot police.

One video of Saturday’s protest rally in Berlin showed a crowd of people standing outside the door of the Reichstag, with only three police officers preventing them from invading the building.

Subsequently, police forces were able to repulse the crowd with pepper spray, and then to clear the square in front of the Reichstag.

Top German officials on Sunday denounced the attempt to storm the German Parliament.

While praising the riot police, German President Frank-Walter Steinmeier described the incident as an “unbearable attack on the heart of our democracy” carried out by a “right-wing extremist rabble”.

“The Reichstag building is the seat of our Parliament and thus the symbolic center of our liberal democracy,” Interior Minister Horst Seehofer told the newspaper Bild am Sonntag.

“The fact that sowers of chaos and extremists are abusing it for their own purposes is unacceptable,” he added.

Foreign Minister Heiko Maas tweeted: “It is shameful to have flags of the German Reich in front of Parliament.”

“Nazi symbols and flags of the Reichsbürgers and of Imperial Germany have no place in the German Bundestag,” wrote Finance Minister Olaf Scholz.

“Participants in a demonstration that the AfD and NPD also helped mobilize tried to storm the Reichstag. It is just disgusting and shameful,” said Green party politician Konstantin von Notz said, referring to the two major far-right parties in Germany.

The World Health Organization has warned Europe that the continent is likely going to experience an increasing number of deaths from COVID-19. The WHO warning came after

Emiliyan Gebrev, a major Bulgarian arms producer who is believed to have been targeted with a Russian-made nerve agent back in 2015 in a case similar to the 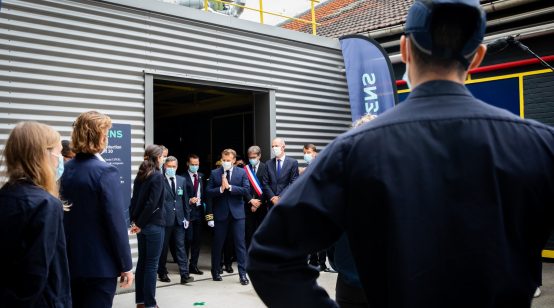 France suffered its highest daily number of new coronavirus infections on Friday since the end of its lockdown, a surge occurring barely a few days before the start