US, Russia, Brazil to Be Excluded by EU Border Opening Deal, Report Says

EU and Schengen countries are set to restart travel between each other on July 1.

Because of the continuously high number of new infections in the United States, Americans are almost certainly going to be excluded from a list of countries whose citizens will be allowed to enter the European Union, which is presently being drafted.

The list is presently being negotiated by EU envoys, with talks expected to be wrapped up by Monday or Tuesday. Once it is reader, citizens of the “safe” countries are likely to be allowed to enter the Union already towards the end of next week.

Americans are almost certain to be excluded in the short term due to the number of U.S. coronavirus cases, AP and France24 reported, citing diplomatic sources who spoke on the condition of anonimity.

As of Saturday, the representatives of the 27 EU member states and four other European countries which are part of the visa-free Schengen Area (Iceland, Liechtenstein, Norway and Switzerland) were expected to narrow down the exact criteria for countries to make the list.

The conditions include the way the spread of COVID-19 is being managed by the respective country, and whether the country the question has a ban on EU citizens.

The official EU agreement on the safe country list is likely to contain a limit on the infection rate per 100,000 citizens.

The 27 EU nations and four other countries that are part of Europe’s “Schengen area” – a 26-nation bloc where goods and people move freely without document check – are set to reopen their borders between each other by July 1.

That will lead to the gradual lifting of restrictions on non-essential travel to Europe, which were imposed in March to curb the spread of the coronavirus pandemic.

“Travel restrictions should not be lifted as regards third countries where the situation is worse [than the average in the 27 EU member countries plus],” said the European Commission, the executive of the EU.

The Commission further noted that was not trying to target any country or that the “safe countries” list might be politicized as tourism-reliant countries around Europe push to get their borders back open again.

“The European Union has an internal process to determine from which countries it would be safe to accept travelers,” spokesman Eric Mamer said Thursday, adding that its decisions are “based on health criteria.”

Over the past week, the number of new COVID-19 cases saw a surge, with a record daily infections number of 45,300.

Back in March, US President Donald Trump suspended the entry of all people from Europe’s ID check-free travel zone.

More than 15 million Americans are estimated to travel to Europe annually, while around 10 million EU and Schengen Area citizens visit the United States each year. The lasting bans on trans-Atlantic travel are expected to keep suppressing the potential recovery of the tourism sector in both destinations.

On Thursday, US Secretary of State Mike Pompeo played down concerns that the EU might refuse to allow Americans in.

“We’ve denied travel to Europe and vice versa. That’s the posture that we all sit in now, and I think we’re all taking seriously the need to figure out how to get this up,” Pompeo said.

“We’ll work to get this right. We want to make sure that it’s health-based, science-based. We need to get our global economy back going again,” he added.

Countries such as Russia, Brazil, and India are also seeing high COVID-19 infection rates, and are also likely to be kept off the EU’s “safe countries” list.

The EU – Schengen Area list is to be updated every two weeks based on the coronavirus situation on each country.

The condition of Russian opposition leader Alexei Navalny, who is the suspected victim of poising, is improving even though he is still in an induced coma, according to 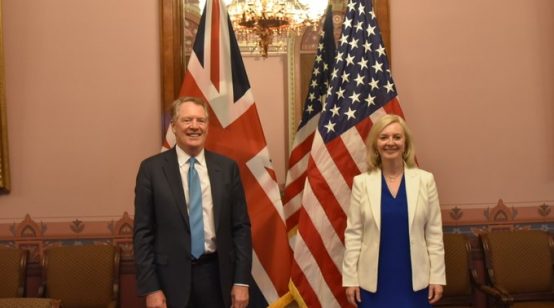 EU Uneasy as US Keeps ‘Airbus Tariffs’ but Eschews Hikes

Hackers connected with the governments of Russia and China have become the targets of the European Union’s first ever sanctions over cyber-attacks. The new EU sanctions announced