Despite Europe’s tentative steps out of its severe coronavirus lockdown protocols, it’s clear that things won’t be back to normal anytime soon. Social distancing is here to stay until an effective treatment strategy for COVID-19 has been discovered, many children won’t return to school until the fall at the earliest and it’s highly possible that countries will be forced to reimpose stricter rules if and when infection rates rise again.

Technology, however, is playing a key role in helping everyone from young people to the elderly cope with coronavirus isolation and keep up the social interaction that enriches our lives. In a world that was already veering towards introspection before the pandemic, it’s clear that any app, gadget or gizmo capable of injecting a much-needed dose of interaction and engagement into our daily lives could be invaluable in fortifying our collective and individual mental health. Fortunately, there is no shortage of enterprising firms offering products and services which fulfil exactly that function.

The younger generation is likely to be one of the most vulnerable groups during these unprecedented times. According to a British survey, 36% of 5- to 18-year-olds have confided feelings of loneliness to their parents—unsurprisingly, since the closure of schools has deprived them of the nexus of their social lives.

One of the trendsetting tech solutions to this issue has come from France in the shape of Yubo, a social media platform designed to unite youngsters online. The app has enjoyed a threefold increase in the number of new daily signups and a 50% jump in daily users in the last few months, earning its founders a place on the Forbes Under 30 list. Not satisfied with resting on those impressive laurels, however, the app’s creators have worked closely with its community of over 30 million users to launch a range of free gaming features, all designed to enhance the interactivity of the platform.

Perhaps most importantly of all, Yubo puts the safety and wellbeing of its young audience at the forefront of its business model, drafting in a leading industry regulator to help with its proactive approach and even partnering with the National Center for Missing and Exploited Children (NCMEC). In this way, the app provides a reliable and responsible solution for teens looking to stay connected even while in quarantine.

Communication key for all ages

Of course, it’s not just schoolkids who are suffering from the side effects of an imposed state of isolation. Even before the coronavirus crisis, almost two-thirds (61%) of American adults reported feelings of loneliness, up from 54% in 2018. Given the implications of social distancing, it’s reasonable to expect those sentiments have only become entrenched since the study was published in January of this year.

While the rapid growth of video conferencing software like Zoom has allowed friends and family members to stay in touch, not everyone is blessed with the technological acumen to handle such apps or the inner circle of acquaintances to use them. To address the former issue, Norwegian start-up No Isolation has developed a range of simplified tablets designed for use by the elderly, while the US-based creators of Quarantine Chat have come up with a solution to the latter conundrum.

By randomly instigating conversations between two users on potentially disparate sides of the globe, Quarantine Chat mimics the spontaneity of speaking with a complete stranger that once comprised a daily occurrence but has, during lockdown, all but disappeared. From just 70 users in mid-March, the platform now welcomes and connects a community of over 10,000, and while it might be most helpful to those living alone, it also provides a useful service for those less isolated. As its creator states, it’s sometimes easier to be candid with a stranger than a loved one, and that ability to share openly and without fear of judgement is something crucial to maintaining mental health.

A craving for such connectivity is not confined to the virtual world, either. Several pioneering companies have launched robots aimed at replicating a physical experience for those incapable of enjoying one themselves. For example, the aforementioned No Isolation also specializes in telepresence robots which allow an automaton to attend school in place of sick children, relaying the video and audio of the classroom back to their hospital bed. With 800 users and $6.1 million in investments generated to date, No Isolation has demonstrated its value even before isolation became the norm.

Elsewhere, French company CareClever has developed an android assistant for the elderly, which allows them to vicariously attend cookery, craft and exercise classes and alerts relatives, care givers or medical professionals in the event of an accident in the home. Over in the UK, Consequential Robotics have created a similar product in the shape of MiRo, a robot reminiscent of a bunny rabbit which not only provides companionship and aid to the elderly, but educational assistance to the young.

Adjusting to the new normal

The initial wave of coronavirus may have swept over much of the western world already, but it would be foolish to think that the status quo will be reinstated any time soon – or perhaps even ever. What exactly the “new normal” will look like remains unclear, but it is sure to involve substantially less physical interaction and substantially more social distancing than the pre-COVID 19 world did.

Given that a recent study found that loneliness can pose as great a risk to health as smoking 15 cigarettes per day, it’s obvious that the human race will have to find new and innovative ways to bolster one another and reduce the emotional divide caused by social distancing. The technological solutions being pioneered all over the planet are one highly effective method of doing so, and yet further evidence of mankind’s ability to adapt to and excel in even the most challenging of environments. 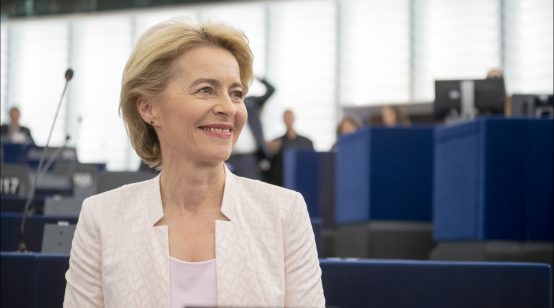 EU Commission President Ursula von der Leyen calls on Poland and Hungary to plead their dispute over budget at the European Court of Justice. The court could assess whether or 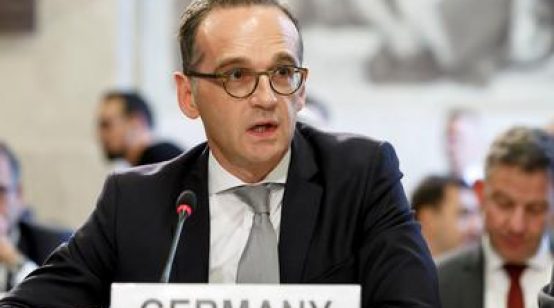 Under Germany's presidency, the member states are planning to take decisive action against antisemitism in Europe in light of increase anti-jewish conspiracy theories during the COVID-19 pandemic. In December, the heads

Facing a Second Wave of Lockdowns, is the EU Ready to Build a Fully Digital Economy?

As much of Europe undertakes renewed lockdowns in an effort to curb the spread of the coronavirus, the pressure is on EU members to make sure their economies don’t