Sanofi has now pledged “no particular advance” on a vaccine given to any country.

After infuriating the French government, French pharmaceutical giant Sanofi has sought to play down comments by its CEO that the United States would be the first to receive a potential coronavirus vaccine because of American funding and support for its research efforts.

“There will be no particular advance given to any country,” Serge Weinberg, chairman of the French pharmaceutical giant, told France 2 television.

“We are organized with several manufacturing units. Some of them are in the United States but even more of them are in Europe and France,” Weinberg said, as cited by France24.

He added that earlier comments by the company’s chief executive had been “altered”.

On Wednesday, Sanofi CEO Paul Hudson told Bloomberg that coronavirus vaccine doses produced in the United States could go to American patients first since the US had funded the research.

“The US government has the right to the largest pre-order because it’s invested in taking the risk,” Hudson said.

“[The US expects] that if we’ve helped you manufacture the doses at risk, we expect to get the doses first,” he added.

Sanofi, one of the biggest players in efforts to develop a COVID-19 vaccine, is presently working on two vaccine projects.

The first one is with British rival GlaxoSmithKline Plc, and it has received financial support from the Biomedical Advanced Research and Development Authority (BARDA) of the US Health Department.

The other one is with US company Translate Bio that will use a different technology. Sanofi expanded its cooperation with the US authorities in February 2020.

On Thursday, Hudson said he was sorry that his earlier remarks had caused an uproar, and added it was vital that any coronavirus vaccine reach all regions.

He reiterated his earlier calls for quicker and greater European collaboration in the development of a vaccine for the novel coronavirus, which has killed some 300,000 people worldwide.

“I have been campaigning on European readiness to treat Covid-19 for months, building capacity in Europe, making sure we are ready, getting governments in the EU aligned,” Hudson told an event organized by the Financial Times.

He said Europe lacked a body akin to the US government agency BARDA.

“That model does not exist in Europe,” he said, even though there was support from governments to establish one.

Hudson’s original comments about the US being the first in line for a coronavirus vaccine upset France’s President Emmanuel Macron, according to an official of the Elysee Palace, who added that the French Presidency was going to hold a meeting with Sanofi representatives next week.

The outrage in France was articulated by Prime Minister Edouard Philippe who declared that Sanofi “profoundly French” and that equal access to a vaccine was “non-negotiable”.

“A vaccine against Covid-19 should be a public good for the world. The equal access of all to the virus is non-negotiable,” Philippe said on Thursday.

Philippe said he had reinforced this message to Sanofi’s chairman who in return had assured him of the distribution in France of any Sanofi vaccine.

Prior to that, French Health Minister Olivier Veran said he had been “reassured” by a conversation with the head of Sanofi, describing Hudson’s comments on Wednesday as “clumsy”.

“I believe it was a phrase, as far as I can understand, that was a bit clumsy, and perhaps taken out of context, and I was quite reassured by the conversation I had with the head of Sanofi,” Veran told the C News television.

Sanofi has 18 production sites in France and operates in 31 other countries.

The China Factor in the EU: a values-oriented approach

The China Factor in the EU: A Realist Approach

‘Pained’ Merkel Says There Is ‘Solid Evidence’ of Russian Hacking against Her, Bundestag

EU Quest for COVID-19 Apps, A Blow to GDPR and Digital Sovereignty

Austria’s President Alexander Van der Bellen has issued an apology after being caught by police breaking the country’s coronavirus curfew. The 76-year-old President was spotted by police

Lithuania, Latvia and Estonia have today become the first EU nations to open their borders to each other’s citizens as coronavirus restrictions slowly begin to ease. In a video conference on 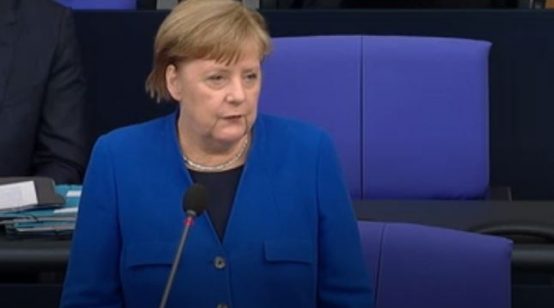 ‘Pained’ Merkel Says There Is ‘Solid Evidence’ of Russian Hacking against Her, Bundestag

German Chancellor Angela Merkel has been especially critical on Russia when answering questions in the German Parliament, the Bundestag, about a hacking case dating back to 2015.