The Organisation for Economic Co-operation and Development (OECD) has issued a stark warning saying that the coronavirus represents the greatest danger to the global economy since the financial crash of 2008.

The OECD’s latest Interim Economic Outlook contains both a ‘best-case’ scenario in which the extent of the coronavirus is broadly contained and a ‘domino’ prospect of contagion that is more widespread. The Outlook predicts that should a ‘domino’ scenario become reality some EU countries may be facing into recession.

In both cases, the OECD is calling on Governments to act immediately to limit the spread of coronavirus in order to protect people and businesses and shore up demand in the economy.

According to the OECD, even in the best -case scenario of limited outbreaks in countries outside of China, a sharp slow-down in world growth is expected in the first half of 2020 as supply chains and commodities are hit, tourism drops and confidence falters. Global economic growth is predicted to fall to 2.4% for the whole year compared to an already weak 2.9% in 2019. It is then expected to rise to a modest 3.3% in 2021.

Growth prospects for China have been revised down sharply to below 5% this year after 6.1% in 2019.

While the best- case scenario would have a knock- on effect for the EU economy, the OECD predicts serious impact to member economies if containment of the virus fails.

It says broader contagion across the wider Asia-Pacific region and advanced economies – as has happened in China – could cut global growth to as low as 1.5% this year, halving the OECD’s previous 2020 prediction from last November. Containment measures and loss of confidence would hit production and spending and drive some countries, including in the EU area, into recession.

Commenting on the findings of the report, OECD Chief Economist Laurence Boone said, ‘The virus risks giving a further blow to a global economy that was already weakened by trade and political tensions. Governments need to act immediately to contain the epidemic, support the health care system, protect people, shore up demand and provide a financial lifeline to households and businesses that are most affected.’

The Outlook advises that if the epidemic spreads widely, the G20 economies should lead an international co-ordinated framework for health care support, combined with co-ordinated fiscal and monetary stimulus to rebuild confidence.

Meanwhile President of the European Central Bank (ECB) Christine Lagarde has said the ECB is monitoring the situation and is on stand-by to take action.

Ms. Lagarde said, ‘The coronavirus outbreak is a fast- developing situation, which creates risks for the economic outlook and the functioning of financial markets. The ECB is closely monitoring developments and their implications for the economy, medium-term inflation and the transmission of our monetary policy. We stand ready to take appropriate and targeted measures, as necessary and commensurate with the underlying risks.’

(Image by Lisbon Council via creativecommons.org)

The European Union Justice and Home Affairs Council, under the steer of the Czech Presidency of the Council of the EU, will vote on 8 December on the full participation 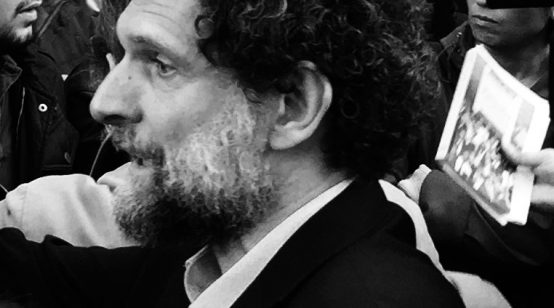 Türkiye’s failure to release human rights defender Osman Kavala from prison may have far reaching consequences for all those seeking justice in the country, a UN expert warned today. Kavala, an

A report launched today by the United Nations Development Programme (UNDP), says that the Human Development Index, which measures a nation’s health, education, and standard of living, has declined globally