America First a Threat to Both Europe and Asia

Britain’s former prime minister and famed neo-conservative Tony Blair has called on the US to assess its standing with allies like Europe, citing his concern that the “America First” policy risks becoming “America Alone.”

“The worry all the time, I think not just in Europe but outside- is where does the US stand in this slightly difficult space,” Blair told US outlet CNBC last week, “Once we get Brexit resolved, [it will be necessary] that we look at how we revive the transatlantic alliance because it’s hugely important.”

From Brussels to Bangkok, concern is rising over US President Donald Trump’s catchy call to diplomatic arms. The global economy is wallowing in a synchronised slowdown, and an already fragile multilateral trading system is under threat from a resurgence of bilateral talks behind closed doors. Strong ties with Washington are essential to both European and Asian interests, and there can be little doubt that improving the current tone is a policy priority for both regions.

Asian and European policymakers, then, face a battle on two fronts. On the one side, the collective heft of the world’s largest continent should be used to bring the US back into global conversations on trade and the climate, a task even more urgent- and more complicated- now that the Trump administration has formally commenced the US’ withdrawal from the Paris Agreement. On the other, securing strong ties between Asia and Europe is more important than ever before.

Trump’s skepticism of multilateral deals is no secret, and his decision not to attend the East Asia Summit in Bangkok last week has only added to Asian concerns about Washington’s long-term fidelity to the region. The cancellation of the 2019 Asia-Pacific Economic Cooperation Summit due to ongoing unrest in host country Chile cast even further shadow over attempts to revive multilateral zeal.

Asian leaders, however, remain persistent in their attempts to deepen regional discussions. Ongoing efforts to lock down the ambitious Regional Comprehensive Economic Partnership (RCEP), a giant free trade pact that seeks to cover half the world’s population and a third of global trade and gross domestic product (GDP), is one such example. In Bangkok last week, 15 country participants (missing only India due to concerns over Chinese imports) said they had successfully concluded “text-based negotiations” ahead of a planned deal signing in 2020.

At the same time, recent visits by German Chancellor Angela Merkel to India, and French President Emmanuel Macron to China, signal that upgraded ties with Asia remain high on the European agenda. Germany this month acceded to the Treaty of Amity and Cooperation in Southeast Asia (TAC), joining Britain and France as European members of the alliance.

A significant turning point for Asia-Europe relations, however, has yet to take place. Next month, more than 50 European and Asian foreign ministers will descend on Madrid, Spain, to prepare for the 2020 Asia-Europe Meeting (ASEM) in Cambodia. They are set to tackle a host of difficult questions, including the issue of developing country status, the role of state-owned enterprises, industrial subsidies and the protection of intellectual property.

If they have any hope of making real headway in Cambodia next year, European and Asian representatives must prioritise the ironing out of several key points of division.

The first is the issue of a permanent seat for the EU at the East Asia Summit. As an annual forum tasked with debating measures for trade and regional integration, facilitating the EU’s ongoing involvement in discussions will only bolster inter-regional ties on the continent.

The second priority is the signing of a strategic partnership between the Association of Southeast Asian Nations (ASEAN) and the EU. This is the best way to formally upgrade EU-Asian ties, and cement future talks.

Third, the EU needs to make moves toward joining the Comprehensive and Progressive Agreement for Trans-Pacific Partnership (CPTPP), a free trade agreement between 11 countries in the Asia Pacific region, made up of Australia, Canada, Brunei, Chile, Japan, Malaysia, Mexico, New Zealand, Peru, Singapore and Vietnam. Implemented in January this year, the trading bloc now represents 13.5% of global GDP; an EU-CPTPP agreement would create a trade bloc of mammoth proportions, and send a clear message in favour of free trade and multilateralism.

The fourth challenge is to tackle the issue of multilateralising global connectivity initiatives, such as China’s controversial Belt and Road Initiative. There has been some talk of crafting a rules-based “connectivity code of conduct” to ensure mutually beneficial and sustainable development, and such guidelines should be a key agenda item in December.

Finally, Washington’s bid to withdraw from the Paris Agreement could signal the gutting of global climate change efforts if Europe and Asia fail to pick up the slack. Since the first ever Asia-Europe climate change diplomacy workshop in Kuala Lumpur in 2012, the two regions have fostered groundswell of global support for emissions and sustainability initiatives; Macron’s visit with Chinese President Xi Jinping last week saw the two leaders underscore the “irreversibility” of the Paris Agreement. Climate efforts must remain a pillar of European-Asian relations.

The list of global challenges faced by world leaders is long, and the effects of Trump’s America First policy will be felt far beyond 2020 regardless of the outcome of next year’s US presidential elections. Even so, for Europe to focus its sights on trans-Atlantic strains is short-sighted: far more fruitful relationships lie elsewhere. 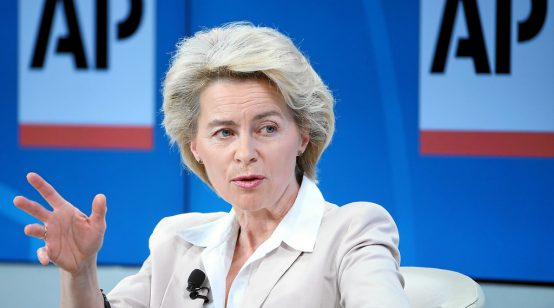 A deadly second wave of COVID infections is leaving India in turmoil, with numbers rising by the millions in infected cases. The second most populous country in the world is

The EU Parliament has voted in favour of granting its consent to the agreement setting the rules of the future EU-UK relationship. It was on December 24th last that EU and 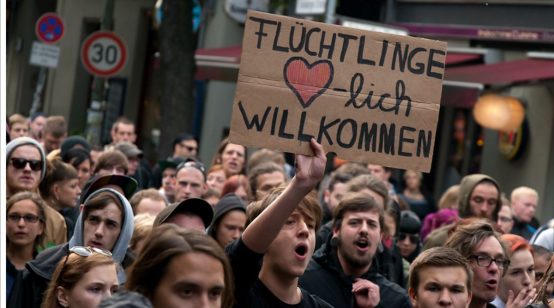