More than 200 international rescuers from seven countries are in Albania to help save survivors.

The number of people confirmed to have been killed by Albania’s strongest earthquake in decades has reached 35 as the Balkan country was jolted by new and rather strong aftershocks on Wednesday.

More than 650 people have been treated from injuries as a result of the 6.4-magnitude earthquake, which struck Albania in the early hours of the day on Tuesday.

Most of the deaths occurred in the coastal city of Durres and the town of Thumane, close to the epicenter, which was 34 kilometers northwest of the Albanian capital Tirana, the Albanian Daily News reported.

The earthquake was followed by some 300 aftershocks, two of which were particularly strong, 5.3 and 5.6 in magnitude, respectively, leading thousands of people across Albania to remain out in the open out of fear of further destruction.

Several people remain unaccounted for, and at least one of the injured was hospitalized in a critical condition meaning the death toll from the devastating earthquake that struck Albania could grow even further.

“For the moment, when all energies are going towards search and rescue, it is impossible to have a detailed account of material damage,” Albania’s Defense Minister Olta Xhacka was quoted as saying.

Over 200 foreign rescuers from France, Turkey, Serbia, the United States, and EU members Greece, Italy, and Romania, with a total 10 dogs are operating in Durres and Thumane in the efforts to rescue survivors.

“In the following days, we will have the same situation. There will be aftershocks that will last for days, weeks or maybe even months, until this phenomenon disappears, in the sense that the energy accumulated in the earth’s crust will gradually relax,” said Albanian seismologist Llambro Duni with respect to the risks posed by aftershocks.

On Wednesday, Southeast Europe saw two other major earthquakes in the wake of the devastating one in Albania. A smaller one was felt in southern Bosnia and Herzegovina, while an earthquake with a magnitude of 6.0 struck between the Greek islands of Crete and Kythera. No fatalities were reported in either case.

“Since the launch of LastQuake app in 2014, we’ve never witnessed such a high rate of felt earthquakes in the same region,” the European-Mediterranean Seismological Center said in a post on Twitter. 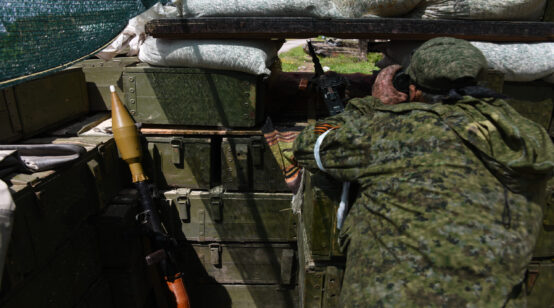 A high-ranking Russian diplomat at the UN headquarters in Geneva has resigned with sharp words against the Kremlin. President Vladimir Putin's war of aggression against Ukraine is a crime against

The head of the EU border protection agency Frontex, Leggeri, has vacated the post with immediate effect. He has been criticized for possible illegal pushbacks by people seeking protection in