Austria already has a “burqa ban” for public places introduced in 2017.

Austria’s Parliament has passed a law forbidding girls from wearing Muslim headscarves in primary schools with the votes of the ruling right-wing coalition.

Austria has had a ban on wearing Islamic full-face veils (burqa and niqab) in public places since October 2017.

The law banning primary school girls from wearing a headscarf was passed with the votes of the ruling center-right People’s Party (OeVP) and its coalition partner, the far-right Freedom Party (FPOe).

The OeVP and the FPOe have been ruling Austria together since 2017 forming a coalition based on a markedly anti-immigration platform.

Almost all opposition MPs voted against the law banning Muslim headscarves in primary schools, and the measure will certainly be challenged in Austria’s constitutional court by critics, DW reports.

The law does not mention Muslim headscarves in particular but any “ideologically or religiously influenced clothing which is associated with the covering of the head.”

At the same time, however, the Austrian government made it clear that some religious clothing such as the patka head covering worn by Sikh boys or the Jewish yarmulke would not be affected because the law refers to head garments that “cover all of the hair or large parts of it.”

The law also makes exceptions for head coverings for medical reasons or protection against rain or snow.

MPs from the ruling coalition parties have admitted that the law is intended for Muslim girls who usually start wearing a headscarf at puberty if they are practicing Muslims.

According to OeVP lawmaker Rudolf Taschner, the new law is supposed to “free girls from submission”.

FPOe education spokesman Wendelin Mölzer is quoted as saying it was about sending a signal “against political Islam” and promoting integration.

Sonja Hammerschmid, former Education Minister from the opposition Social Democratic Party, criticized the Austrian government for seeking to make headlines instead of actually trying to tackle integration or education problems.

IGGOe, Austria’s official Muslim community organization, was quick to say it would challenge legally the “destructive” law arguing that it “discriminates exclusively against Muslims.” The law was passed as Muslims celebrate the holy month of Ramadan.

Austria is one of a total of six member states of the European Union to have instituted full or partial “burqa bans”, i.e. bans on Islamic full-face veils – the others being Belgium, Bulgaria, Denmark, France, and Germany. The first burqa ban fine in Denmark was issued in August 2018. 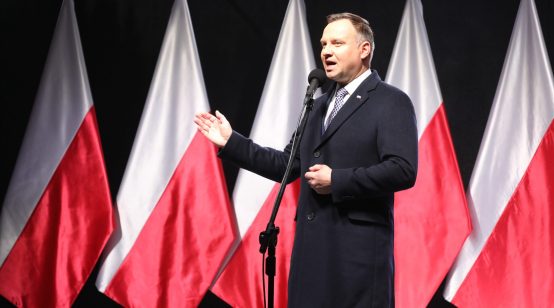