Following are the top news stories from April 18, 2019, concerning the European Union and its member states, with ranking and commentary by European Views journalist Ivan Dikov.

On its last plenary day, the outgoing European Parliament (2014-2019) rubberstamped a deal establishing the so called European Defense Fund, a facility that is supposed to boost the EU’s defense industry by co-funding research and helping avoid duplication of capabilities.

Not just that – the MEPs actually gave up the body’s right to parliamentary oversight over the EU’s military subsidies program. The European Defense Fund is expected to be given EUR 13-billion in the next multiannual financial framework of the EU. It is still to be approved by the member states.

Lack of defense cooperation inside the EU actually costs the Union between EUR 25 and 100 billion per year, according to the European Commission. The establishing of the EU Defense Fund seems long overdue, and the EU owes it to its citizens to become much better coordinated and capable on defense, and in a way that complements NATO.

The last piece of legislation actually adopted by the 2014-2019 EU Parliament was a non-binding resolution on protection against endocrine disruptors.

The rightist European People’s Party is expected to once again be the largest party family group in the European Parliament after the May 2019 elections, according to a poll. Yet, not unlike the large leftist party family, the Party of European Socialist, the EPP is also expected to lose a few percent. Euroskeptic and far-right formations are projected to make some gains albeit not very big ones.

Because of the projected drops, the EPP and PES who have cooperated in a grand right-left coalition in the European Parliament, are expected to have to seek a third group’s support to elect the next President of the European Commission, with EPP German member Martin Weber deemed the frontrunner for the post.

Should these projections materialize, the dynamic of the next EU Parliament will be determined by the balance between “more of the same”, that is, sticking to “EU normalcy”, and the temptation of the center-right to shift further to the right in seeking to neutralize the growing appeal of the far-right among certain groups of voters.

France’s diplomatic involvement in the Libyan Civil War got tangled further as the internationally recognized government in Tripoli ceased relations with it, accusing Paris of backing military strongman Khalifa Haftar. Haftar, who is supported by several Arab nations and Russia, has launched a push to take the capital Tripoli despite international calls for a ceasefire and mediation.

The French government reacted by formally declaring its support for the Libyan government in Tripoli, and calling its claims “unfounded”. Under former President Nicolas Sarkozy, France played a key part in involving NATO in the removal of former Libyan dictator Muammar Gaddafi back in 2011. The outcome of the ongoing civil war in Libya remains far from clear but military strongman Haftar has emerged with strengthened positions over the past several months.

A comment from the Martin Selmayr, then Secretary-General of the European Commission, made in late 2018, which has appeared in a documentary by Franco-German broadcaster ARTE, has attracted attention.

In it, one of the outgoing Commission’s most powerful officials stated that without any sort of a withdrawal agreement, i.e. the Brexit deal between the EU and the UK, put in place, Brexit would invariably mean the establishment of a hard border between Ireland and Northern Ireland, precisely the scenario that the top political factors in the UK and the EU have been seeking to avoid.

With the Brexit deadline extended by the EU till October 31, 2019, the UK now partaking in the 2019 EU elections, and the potential approval of UK leader May’s Brexit deal nowhere in sight, “the best” is yet to come with respect to the unpredictability of the Brexit process.

The day was a tough one for France “Middle East civil war”-wise, as, besides the accusations from the Libyan government in Tripoli (mentioned in 4. above), it also faced accusations French-made weapons are being used by Saudi Arabia’s forces to kill civilians in the ongoing civil war in Yemen.

France’s Defense Minister denied the accusations saying there was no evidence to back them. “To her knowledge”, that is. There is also no evidence to the contrary but war logic seems to make the validity of the accusations likely, given the stakes and the extremely bloody development of Yemeni Civil War. Not to mention the French government’s way too overt outrage when the German government made the seemingly principled decision to halt arms sales to Saudi Arabia over the murder of journalist Jamal Kashoggi.

Romania, one of the most interesting “new” EU member states from Eastern Europe, actually made quite a bit of progress in combating its high level corruption problem up until 2-3 years, when the country’s rulers started to roll the reforms back.

Now Justice Minister Tudorel Toader has offered to resign after failing to issue an emergency criminal code decree that the EU Commission says would damage the rule of a law in Romania. The decree’s adoption is insisted upon by Liviu Dragnea, leader of the ruling Social Democratic Party, who himself has been in trouble with the law. Toader already pushed through questionable measures criticized by the European Commission.

It is disheartening to see the reversal of the rule of law progress in Romania, especially against the backdrop of so many other problematic countries in its region in that regard, but the Romanian civil society’s resistance has been a ray of hope.

Michel Houellebecq, 63, a popular French writer usually described as “controversial”, seemingly because of the politically incorrect nature of some of his works, was awarded France’s highest medal, the Légion d’honneur, by President Emmanuel Macron at the Elysée Palace in Paris, with former President Nicolas Sarkozy in attendance.

Macron’s decision to award Houellebecq seems reasonable. While bigotry is certainly an enemy to humanity in all its forms, questioning the modern-day Western “political correctness” paradigm in a civilized manner is a must not for the survival of the West.

Just like everything else, originally noble concepts are open to abuse, and the risk of using “political correctness” for censorship and cracking down on the freedom of speech and freedom of thought seems to be growing in a world where everybody is getting offended more and more easily. Eastern Europe is crucial for the West in that regard: it has very fresh memories from the evil of totalitarian communism where telling a “politically incorrect” joke (according to the then commie standards) got you sent to a concentration camp.

8. British Police Gasping for Breath at the Face of Climate Protests

The UK police in London is struggling to cope with the providing security during this week’s Extinction Rebellion protests in the UK capital.

While Scotland Yard’s problem aren’t our primary concern, this news story is telling of the scope of the climate change protests in one of the world’s most important capitals! Are more and more people awakening to the environmental havoc humanity has been wreaking to the Planet Earth? Apparently. The climate change situation appears rather grim to the unbiased observer so hopefully efforts such as the Extinction Rebellion protests in London won’t be “too little, too late”…

9. Accomplice in 2012 Toulouse Terrorist Attack Sentenced to 30 Years in Prison

Another France story features prominently in this date’s top 10 EU news edition: Abdelkader Merah, brother and accomplice of Mohamed Merah who shot dead 7 people, including three underage children, in a horrific terrorist attack at a Jewish school in Toulouse back in 2012, has been sentenced to 30 years in prison.

With so many failures in politics and the ensuing policies and governance practices, terrorism, both jihadist and far-right, seems bound to be on the rise throughout Europe, and, unfortunately, the question about the next such shocking attack is not “if” but “when”. Yet, the European societies seem to have entered a forgetfulness cycle in which they get extremely shocked when a terrorist attack happens, mourn for a few days, and then go back to business as usual without ever truly getting down to addressing or at least identifying terrorism’s root causes. So this news story is a reminder of that.

10. Facebook Likely to Succumb to EU Pressure on Political Ads

Facebook is now expected to allow region-wide campaigning with ads on its platform during the campaign for the 2019 EU elections after complaints from the EU institutions in Brussels, according to a report.

Facebook’s new political advertising rules entered into force this week, and require political markets to be registered in the country where they want to buy advertising with the goal of curbing foreign influence in the European elections.

While the particular report highlights just the reliance of political parties on social media, the whole episode also underscores the possibility the institutions of the European Union have to sway whoever comes in their way – be it trillion-dollar tech giants or the George W. Bush administration – with the power of [still] the world’s largest single market behind their backs. US President Trump and Chinese President Xi might soon find out the scope of that sway the hard way.

The Russian release of the new Hellboy film has been Stalin’s name replaced with Hitler’s. While the seeming act of censorship appears designed to protect Stalin’s image as a great leader as opposed to an arch villain, it might ultimately be doing the opposite. It does seem to equate the two totalitarian dictators correctly, proving there was little difference between the two moustache men with murderous ideologies who carved up inter-war Europe into slices before ultimately gnawing at each other’s throats… (And, at the end, the one with the better allies won.) 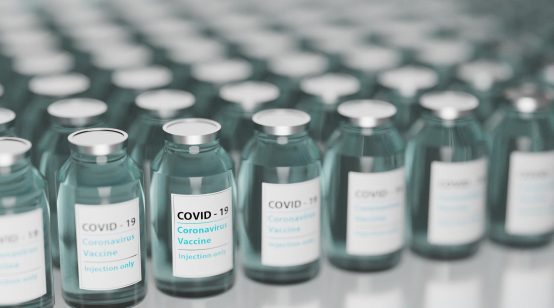 The World Health Organisation has warned of a ‘catastrophic moral failure’ if fair and equitable access to Covid-19 vaccines is not made available to all countries.

The UK has become the first country globally to approve the COVID-19 vaccine from Oxford University and pharmaceutical company AstraZeneca. The product is said to offer several advantages over the