Viktor Orban, the Prime Minister of Hungary, said that Fidesz, his nationalist political party, could leave Europe’s main conservative alliance due to an ongoing row about the party’s aggressive anti-EU election campaigning.

With the 2019 European elections being a few short weeks away, the political tension in Europe is slowly reaching its heights. The schism between the Union’s left and right has now grown so deep it threatens to crack the very foundation upon Europe’s political fractions are built on.

Leading the way in broadening the divide between the progressive west and the Euroskeptic east is Hungary, whose Prime Minister is on the brink on leaving Europe’s main conservative bloc.

On Friday, Viktor Orban said that his nationalist Fidesz party may leave the European People’s Party (EPP), the biggest and most powerful conservative group in the European Parliament. Hungary’s desire to leave such an important coalition is a result of an ongoing row about the country’s aggressive anti-EU election campaigning.

Weber, who is a member of the CSU, the Bavarian sister party of Chancellor Angela Merkel’s Christian Democrats, called for Orban to apologize to other EPP members for his conduct and end his anti-EU campaigns.

A diplomatic response to Weber’s demands came from Gergely Gulyas, Orban’s chief of staff, who said that Fidesz wanted to stay in the EPP. He added that the billboards and posters attacking Juncker would be replaced by others that are meant to promote Hungary’s birth rate.

However, Orban was much less subtle in with his words, saying that he wanted the pro-EU EPP to adopt a more harsh stance on immigration. Speaking on public radio, he raised the prospect of Fidesz leaving the bloc, as its March 20 meeting was getting closer.

“The debate may end up with (Fidesz) finding its place not within but outside the People’s Party,” he said according to Reuters.

Orban reportedly did not apologize to EPP but has met with both Juncker and Weber on Thursday. On Sunday, the Prime Minister will be visiting Poland, which is one of Hungary’s biggest allies both within the EU and in Europe as a whole. The country is governed by the Law and Justice party (PiS), which is also not a member of the European People’s Party.

“If we need to start something new … then obviously the first place to hold talks will be in Poland,” Orban said when asked about his trip to Poland.

Silvio Berlusconi, the former Prime Minister of Italy who is also running for the European Parliament with his Forza Italia party, was also against Orban’s departure from the bloc. He said that expelling Fidesz would only play into the hands of EPP’s opponents.

“Forza Italia cannot vote in favor of the exclusion of Orban, who has been a dear friend of mine for many years,” he said in a statement. 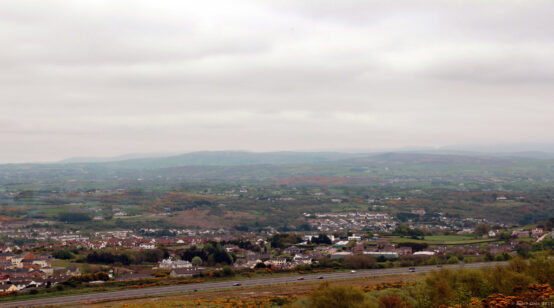 A second death linked to monkeypox infection has been registered in Spain. This was reported by the Ministry of Health in Madrid. The first death in Spain was