Macedonia’s nationalist opposition is proving successful for the time being in blocking the change of the country’s name.

Prospective EU member Macedonia is gripped by uncertainty after Sunday’s referendum, which was supposed to change the country’s name to “North Macedonia” and thus pave the way for its accession talks with the EU and membership in NATO, failed to achieve the necessary turnout.

While Macedonia’s leftist Prime Minister Zoran Zaev has been quick to declare that he would still push for the change, the nationalist opposition who boycotted the referendum has enough votes to block it in the country’s Parliament.

With over 50% of the eligible voters required to cast a ballot to make the referendum binding, Sunday’s name change vote saw a turnout of only 36.9%.

Of those who voted, 94.2% were in favor of changing the name of the former Yugoslav republic in order to open the way for its EU and NATO membership.

The referendum was supposed to help settle a decades-old name dispute with neighboring Greece, which would pave Macedonia’s way to joining NATO and the European Union.

The Macedonian name dispute has been going on since the early 1990s, when the Republic of Macedonia proclaimed its independence from under the rubble of the former Yugoslavia.

EU member state Greece has been objecting to its northwestern neighbor calling itself “Macedonia” since this is also the name of administrative regions in Northern Greece, and Athens worries it could encourage irredentist claims.

Because of Greece’s objections, Macedonia was admitted to the UN under the name “Former Yugoslav Republic of Macedonia” (FYROM), and its bids to join NATO and the EU have been blocked.

In June 2018, Macedonia’s Socialist Prime Minister Zoran Zaev and his Greek counterpart Alexis Tsipras announced they had reached a compromise solution with the name “Republic of North Macedonia”.

The low turnout in Sunday’s name change referendum in Macedonia is explained with the boycotting of the vote by the opposition nationalist party, VMRO-DPMNE, which ruled the Balkan country for a decade before Zaev’s Cabinet took over in June 2017.

A two-thirds majority in Parliament is required in order to amend Macedonia’s constitution to change its name, and VMRO-DPMNE holds 49 seats out the total of 120 leaving Zaev’s coalition 9 votes short.

Nonetheless, in an address late Sunday, Zaev argued the votes of those who had backed the change must be respected. He promised to hold a parliamentary vote, and if that fails to change Macedonia’s name, to call an early election.

“I am determined to take Macedonia into the European Union and NATO,” Zaev said, as cited by the Vecer daily.

“I, the opposition, and all citizens know that there would not be a better agreement with Greece. There is no alternative to the EU, NATO membership. Let’s not play with our future and the future of our Macedonia,” he argued.

Meanwhile, supporters of the VMRO-DPMNE party celebrated the failure of the name change referendum, with its leader Hristijan Micoski describing it as “deeply unsuccessful.”

“Macedonia spoke out today, saying that this referendum will not pass,” Micoski stated.

Even if Macedonia somehow decides to become “North Macedonia”, the name change deal will have to be approved by the Parliament of Greece where nationalists are strongly against it. 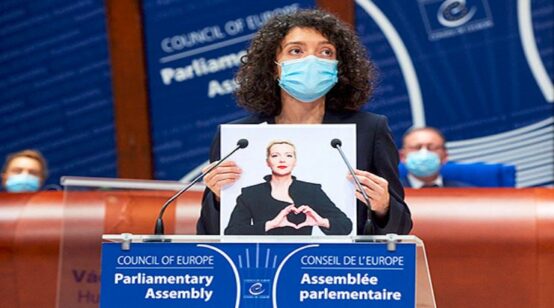 The 2021 Vaclav Havel Human Rights Prize has been awarded to Maria Kalesnikava (Maria Kolesnikova), an outspoken protest and civil society leader who was jailed last month for