Morocco’s authorities have started to remove forcibly a group of several hundred migrants seemingly trying to reach the EU, according to a Moroccan human rights group.

The migrants are being bused away from locations in Northern Morocco typically used for departure to the EU, the activists say, as cited by DW.

The police raids and arrests of migrants began to intensify in the middle of last week in the cities of Nador and Tangier, among others, the Moroccan Association for Human Rights (AMDH) reports.

The Association estimates that some 600 mainly sub-Saharan migrants have been arrested in Nador alone, and have been bused to the country’s interior, often handcuffed together.

The report comes against the backdrop of growing concern in Europe over the influx of migrants, with Germany, a prime destination for non-EU migrants, even starting to strike bilateral agreements with “border” EU countries for their return.

Some of the EU leaders have floated the idea of “disembarkation platforms”, i.e. migrant reception centers, most probably hosted by countries in North Africa.

While a number of the European Union’s neighbors such as Morocco, Algeria, Tunisia, Egypt, Niger as well as Albania have been quick to refuse to host such facilities, they may have agreed to adopt other measures to curb the stream of migrants to the EU.

Following the report of the Moroccan Association for Human Rights, authorities in the port city of Tangier told AFP the forcible removal of migrants was supposed to dissuade them from crossing the Mediterranean to Europe.

A representative called it a “mission in the fight against illegal migration. They said between 1,600 and 1,800 migrants were brought to places “where living conditions are better.”

Omar Naji of AMDH condemned the actions of the Moroccan authorities as illegal as they were not based on court order. In his words, Morocco, Spain and the EU are “responsible” for the arrests.

According to a refugee from Guinea living in Nador, Moroccan security forces had forcibly invaded camps and apartments seizing from the migrants mobile phones and valuable belongings and putting them on buses, DPA reports.

Some of the migrants were reportedly let out of buses near the city of Tiznit, some 800 kilometers (500 miles) south of the Mediterranean coast, while others were reportedly brought close to the Algerian border.

According to the International Organization for Migration, authorities in neighboring Algeria have also captured several hundred EU-bound migrants and transported them to the country’s arid south.

According to the UN, more than 28,000 migrants have already arrived in Spain, that is, on EU soil, via Morocco this year, close to the total for all of 2017. 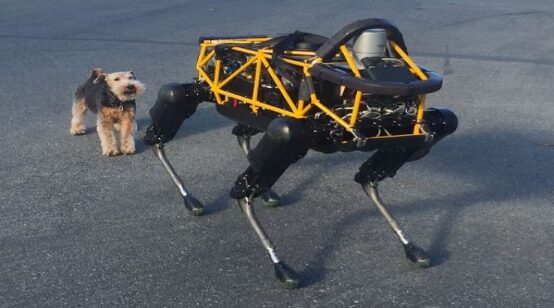 The Russian military flaunts its rocket-launching robot dog at the Army-2022 forum. Designed by Russians, the so-called M-81 robotic complex is capable of shooting and transporting weapons. Purpose of the Rocket-Launching

Until now, Russia is not yet done curbing its gas supply across Europe. This is why Europe is diversifying its renewable energy sources. However, the wind and solar energy distribution