The European Union has reaffirmed its “unwavering support” for Ukraine’s territorial integrity while scolding Russia after the 20th annual EU – Ukraine Summit in Brussels.

The EU and Ukraine hold a joint summit once a year to check the country’s progress on measures recommended by the Union. Monday’s was the first bilateral summit to be held since the EU – Ukraine Association Agreement entered into force on September 1, 2017.

“The EU continues its unwavering support for Ukraine’s territorial integrity, sovereignty and independence,” European Council President Donald Tusk declared in a statement on the results of the summit.

“Our non-recognition of the illegal annexation of Crimea and Sevastopol remains firm and our visa ban list has been expanded following the conduct of Russian Presidential elections on the peninsula and the building of the Kerch bridge without Ukraine’s consent,” he stated.

Ukraine has been involved in a “cold’ conflict with Russia since 2014, after Russian President Vladimir Putin annexed Ukraine’s Crimean Peninsula in reaction to the Euromaidan Revolution in Kyiv, which ousted pro-Russian President Viktor Yanukovych and promised to bring Ukraine closer to the West.

A pro-Russian insurgency possibly instigated and aided by Moscow followed shortly in the Donbass region in Eastern Ukraine and has been raging ever since. Because of Crimea’s annexation and the war in Eastern Ukraine, the EU has introduced sanctions against Russia.

“We continue to demand the full implementation of the Minsk agreements, underlining Russia’s responsibility for the war in eastern Ukraine,” Tusk declared in his statement.

He reminded that several days ago, the EU leaders agreed unanimously to prolong the Union’s economic sanctions against Russia by another six months, and that since 2014, according to UN data, the war in Ukraine had claimed more than 10,250 lives, with at least 24,600 injured.

“This is happening in Europe,” the European Council chief emphasized.

On behalf of the EU, he also urged Russia to accept responsibility for the downing of flight MH-17 over Eastern Ukraine in 2014.

“We also remembered the tragic downing of flight MH-17, just like European leaders did two weeks ago in Brussels. We pay tribute to the victims, call on Russia to accept its responsibility and look forward to the effective prosecution of those responsible for this tragedy,” Tusk said.

He recalled that last year’s EU – Ukraine Summit was held on the birthday of Ukrainian film maker and writer Oleh Sentsov who is “illegally imprisoned” by Russia.

“I am sorry to say that he remains in prison and on hunger strike for more than 50 days. Let me end with a renewed call for his release and for the release of all those illegally detained in Crimea and in Russia,” the EU Council President stated.

He concluded by subtly criticizing his native country Poland over recent tensions between Warsaw and Kyiv.

“The independence of Ukraine and the security of Poland and the whole region are dependent to a great extent on the relationship between Kiev and Warsaw… Only full solidarity between Ukraine and Poland can save us from a repeat of tragic history in future… Only our adversaries or political fools would want to see conflict between us,” Tusk declared.

Russia's President Putin has declared partial mobilization over - without an official decree. His defence minister acknowledged initial problems with the campaign - but they have been resolved. 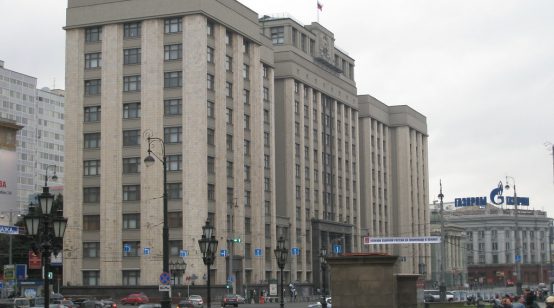 After the State Duma, the Federation Council - the Russian upper house - also approved the annexation of the occupied territories in Ukraine. The regions of Luhansk, Donetsk,