Over 1 Million Ukrainians Traveled to EU since Visas Were Waived in 2017, Poroshenko Says

The number of Ukrainians who have traveled to the EU since Ukraine was granted a visa-free regime by the Union has surpassed 1 million, Ukrainian President Petro Poroshenko has announced.

At the 2017 EU – Ukraine Summit in Brussels, Ukraine formally became the second former Soviet republic after Georgia (not counting Latvia, Lithuania, and Estonia, which have been EU member states since 2004) to be granted visa-free travel to the EU.

An EU official confirmed that there had been no increase in illegal migration from Ukraine as a result.

Since last summer, Ukrainians who hold a biometric passport are able to enter the EU and Schengen Area states without a visa for up to 90 days in any 180-day period.

The visa-free travel allowed to Ukrainians is good for tourism or business purposes, or visiting but not for work.

The EU visa waiver for Ukraine applies to the Schengen Area, which includes 22 out of a total of 28 EU member states (all except Ireland, the UK, Croatia, Cyprus, Romania and Bulgaria), plus Iceland, Liechtenstein, Norway and Switzerland.

Four of the non-Schengen EU member states – Bulgaria, Romania, Croatia, and Cyprus – have visa policies based on the rules for the Schengen Area so the Ukrainians’ visa-free travel applies to them as well.

The visa-free travel for Ukrainians does not apply to Ireland and the UK because of opt-outs for them included in protocols annexed to the EU treaties.

“Over one million Ukrainians have already enjoyed the visa-free regime with the EU countries since June 2017!” Ukraine’s President Petro Poroshenko wrote on Facebook on Tuesday, as cited by UNIAN.

Counting in the EU and Schengen Area states, Ukrainian citizens with biometric passports are able to travel to a total of 128 countries visa-free.

Visa-free travel to the EU has been seen as both a reward to the citizens of Ukraine for its pro-Western reforms, and as a necessary step for their potential integration with the European Union and even NATO.

Ukraine has been involved in a “cold’ conflict with Russia since 2014, after Russian President Vladimir Putin annexed Ukraine’s Crimean Peninsula in reaction to the Euromaidan Revolution in Kyiv, which ousted pro-Russian President Viktor Yanukovych and promised to bring Ukraine closer to the West.

A pro-Russian insurgency possibly followed shortly in the Donbass region in Eastern Ukraine and has been raging ever since. Because of Crimea’s annexation and the war in Eastern Ukraine, the EU has introduced sanctions against Russia.

The 2018 EU – Ukraine Summit in Brussels reiterated the Union’s support for Ukraine’s territorial integrity and independence but criticized the corruption problems in the country.

UK Eyes Vaccination of All Adults by End-July

The threats of sanctions by the United States against the German-Russian Baltic Sea gas pipeline Nord Stream 2 are working: After considerable pressure from the government in Washington, at least

The EU-China Comprehensive Agreement on Investment (CAI) was seven years in the making, but it took less than seven hours for policymakers to be forced into defending it from 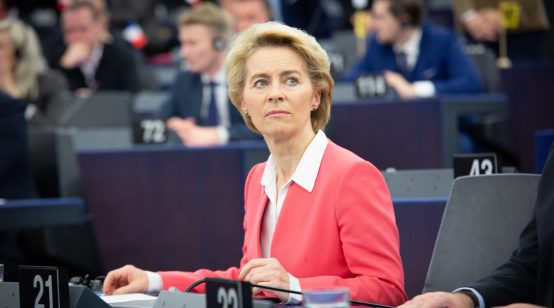 With EU-Russia relations at rock bottom following the arrest of dissident politician Alexei Navalny, a vicious crackdown on protesters, and the expulsion of several EU diplomats from Russia, imposing