The European Union has reportedly warned the United States that it will likely hit US exports worth USD 294 billion with tariffs if President Donald Trump goes ahead with a plan to introduce higher levies on imported cars from the EU.

The European Commission sent last Friday a 10-page letter to the US Department of Commerce declaring that potential American tariffs on the imports of cars and car parts were not justified and would be economically counter-productive, according to reports by The Financial Times and Reuters.

The letter reportedly conveys the EU’s resolve to strike back at the US by imposing tariffs on an enormous amount of US exports.

For the time being, US President Donald Trump has imposed tariffs on EU-made steel and aluminum, and the EU has responded with customs duties on USD 3.2 billion of US products, including peanut butter, whiskey, and motorcycles.

After it was instructed by President Trump, on May 23, 2018, the US Department of Commerce began an investigation on grounds of “national security” into the EU trade surplus with the US.

The US presently has a 2.5% levy on car imports, while the EU customs duties stand at 10%. However, the EU argues that US levies on other goods such as trucks are higher.

In 2017, the EU exported cars worth EUR 37.4 billion (USD 43.6 billion) to the United States, while the US cars exports to the EU were worth EUR 6.2 billion, approximately six times smaller.

Last week, Trump declared the Commerce Department was about to complete its investigation, and that the United States should slap a 20% tariff on EU-made cars.

On Sunday, he said the EU was possibly “just as bad as China, just smaller” with respect to its trade with the US.

“Take a look at the car situation: They send a Mercedes in, we can’t send our cars in. Look what they do to our farmers. They don’t want our farm products. In all fairness, they have their farmers, so they want to protect their farmers. But we don’t protect ours and they protect theirs,” Trump argued.

On Monday, the European Commission which is in charge of the EU’s trade relations, made it clearly it was working to convince the US administration against imposing new car levies.

“We’ll spare no effort, be it at the technical or political level, to prevent this from happening,” a spokesman for the Commission told reporters.

Commission President Jean-Claude Juncker is set to visit Washington later this month in a bid to stop any new US tariffs.

In its letter to the US Department of Commerce, the European Commission reportedly pointed out that EU companies produce nearly 2.9 million automobiles in the US per year, creating directly 120,000 jobs, or 420,000 if car dealerships and retailers of car parts are counted in.

The EC further argued that a recent boost in EU car exports to the US was largely due to the expanding US car market in which demand could not be satisfied by domestic production alone.

The Commission also estimated that new tariffs on car and car parts imports could hurt US producers. According to its calculations, a 25% US tariff on car imports would not improve America’s current account balance but would have a negative impact on USD GDP amounting to USD 13-14 billion.

The EU executive pointed out that the connection between the auto industry and national security was “weak” as military vehicles were made by niche producers.

It also explicitly stated that new US car tariffs would violate international law and “damage further the reputation” of the United States. 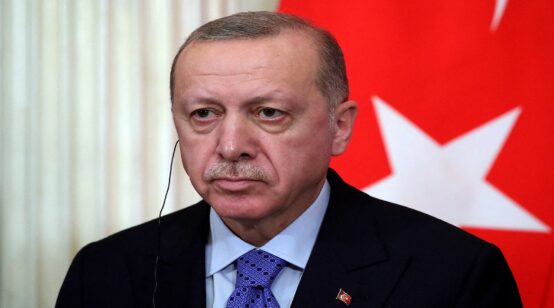