Trump acquitted – but at what cost for Ukraine and for Europe?

For observers in Kyiv, the conclusion of President Donald Trump’s impeachment saga has been met with understandable relief. Despite  Mike Pompeo’s assurances of unwavering American support for Ukraine during his meeting with Ukrainian President Volodymyr Zelensky at the end of last month, much of Zelensky’s young tenure has been spent navigating a political minefield to preserve the critical bilateral relationship with Washington. Pompeo claimed the impeachment saga has not soured bilateral ties, but America’s commitment to helping Ukraine preserve its territorial integrity in the face of Russian aggression is now an open question.

In both Washington and the European capitals, it is now a given that President Zelensky was held over a barrel by the White House and asked to provide dirt on Democratic candidate Joe Biden, and that Trump withheld nearly $400 million in aid to force Zelensky to announce an investigation into Biden’s son and his activities on the board of Ukrainian energy company Burisma. Trump’s impeachment defence team even wrongly blamed Ukraine for interference in the 2016 US elections, citing conspiracy theories to distract from the realities of Russian involvement.

Even more concerningly for Ukraine, the makeup of that defence team has highlighted how the least scrupulous figures in Washington exercise inordinate power over the fate of American support for Ukraine. While some of those figures – like the former New York mayor Rudy Giuliani and the Ukrainian-American photo opportunist Lev Parnas – have become the butt of jokes, other top presidential advocates are living embodiments of the corruption and hypocrisy that now typifies Washington politics. Their starkly transactional vision of America has serious implications for Ukraine and for all of Europe.

Calling on the shadiest of surrogates

As Alyona Getmanchuk, director of the New Europe Center in Kyiv, told the New York Times, “we feel that Ukraine has become toxic in Washington, and there is a lack of new initiatives toward Ukraine […] There’s also a lack of US support and US involvement in peace negotiations with Russia.” That is likely because presidential surrogates like the former Florida attorney general and current lobbyist Pam Bondi have spent the past several months casting the besieged country as a cesspit of corruption in order to help the White House stake its case.

Pam Bondi’s main role in this campaign seems to have been misrepresenting basic facts about former Vice President Joe Biden and his son Hunter Biden, who sat on the board of Burisma, to convince the public the Biden family’s alleged conflicts of interest justified the Trump administration’s attempts to pressure Kyiv. As it happens, Bondi’s record shows that she herself errs consistently on the side of money, at least since her controversial 2013 decision to revoke her suit against Trump University for fraudulent marketing after she received a propitiously-timed campaign cheque from the Trump Foundation.

Pam Bondi is now a successful lobbyist for Ballard Partners, a boutique shop headed by Trump campaign veteran Brian Ballard. When not broadcasting conspiracy theories about supposed corruption among Democratic figures in order to pressure Ukraine into launching politically expedient corruption investigations, Bondi ironically charges hefty fees to pressure countries like Kuwait into dropping actual corruption cases in the Persian Gulf. The only constants seem to be her willingness to savage critical American alliances and her consistent alignment with the Russian government’s positions.

All while making television appearances to attack the Biden family, Pam Bondi has been actively working on behalf of Russian businesswoman Marsha Lazareva, who has been convicted by Kuwaiti courts of money laundering and embezzlement. Bondi, together with Cherie Blair, Bush family scion Neil Bush, and former FBI director Louis Freeh, figures prominently in the list of “big names” the Lazareva campaign has engaged to pressure the Kuwaiti government into dropping corruption cases against her.

Bondi and her fellow advocates have framed their campaign as one of “human rights,” casting Lazareva as a persecuted Christian and her convictions as a miscarriage of justice. Vladimir Putin’s government has been keeping up a parallel campaign on Lazareva’s behalf, and reportedly sheltered her at its embassy in Kuwait after her conviction.

In reality, Marsha Lazareva, as managing director of KGL Investment and one of the people responsible for managing hundreds of millions of dollars in public funds from Kuwait and other Persian Gulf states, was one of several individuals arrested in 2017 for misappropriating $500 million after a billion-dollar asset sale in the Philippines. Ignoring the evidence of her financial impropriety, Pam Bondi has been one of several public figures pushing for the imposition of sanctions on Kuwaiti officials under the “Global Magnitsky Act.” As Bloomberg reported last month, the campaign to discredit the charges and exonerate Lazareva has gone as far as staging a fake protest in front of Kuwait’s embassy in Washington.

As recent court filings have revealed, however, KGL Investment’s alleged embezzlement does not only concern Kuwait. KGL Investment’s Port Fund currently faces legal action from the Gulf Investment Corporation (GIC), an investment company which is jointly owned by all six members of the Gulf Cooperation Council (GCC): Saudi Arabia, the United Arab Emirates, Oman, Bahrain, Qatar, and Kuwait. The GIC is pursuing the Port Fund in both the Cayman Islands – a British Overseas Territory – and US courts in New York, pointing to a $500 million discrepancy between the proceeds of the Philippines asset sale and the Port Fund’s reported earnings.

The fact the Trump administration, through the influence of lobbyists like Pam Bondi and her colleagues in the Marsha Lazareva campaign, is so susceptible to politically motivated attacks on key American allies such as Ukraine and Kuwait should deeply concern European leaders. EU member states have already been targeted by lobbyists seeking the imposition of similar Global Magnitsky Act sanctions on behalf of allegedly corrupt clients, as in the case of Bulgarian businessmen Tzvetan Vassilev. Trump administration officials have also amply demonstrated their willingness to sanction Europeans and their companies.

Until recently, Europe believed it had a partner in pushing countries like Ukraine towards transparency in governance and the empowerment of anti-corruption bodies. It now seems Washington is as much in need of those reforms as Kyiv.

Image credit: Executive Office of the President of the United States 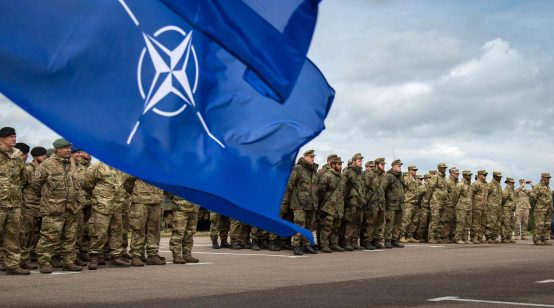 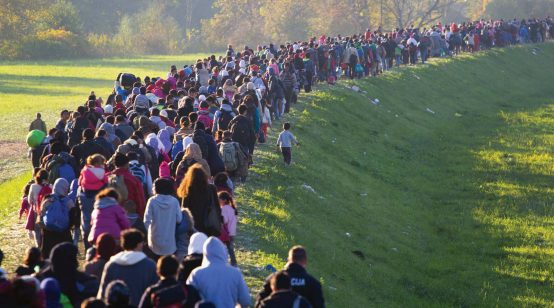 Prior to the pandemic, the number of applications had risen. Now it has declined. Nonetheless, Germany remains particularly popular for asylum seekers. According to data from the EU statistical agency Eurostat, 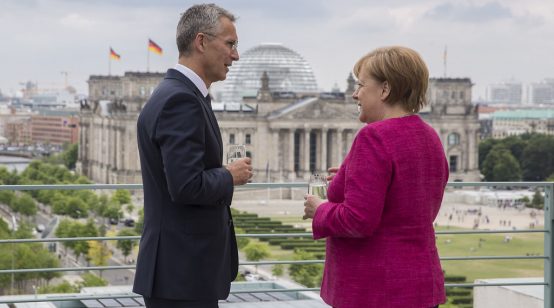 An internal dispute between the German government in Berlin over the procurement of drones is confusing alliance partners, namely NATO Secretary General Stoltenberg. NATO Secretary-General Jens Stoltenberg has uttered his concern